4 Reasons A Workers' Comp Insurer May Deny A Claim

When you are injured in the workplace, your injuries may be covered under workers' compensation. However, some workers' compensation claims are denied even though they should be paid. Here are some reasons why worker's comp insurance companies deny claims that may be valid:

No one saw you get injured.

Insurance companies that compensate for work-related injuries may question the validity of an unwitnessed incident. If you are injured at work and the accident was not witnessed by anyone else, the lack of an eyewitness report is outside of your control. However, you should be sure to report the incident and any related injuries to other employees and to your management immediately. In addition, you should be sure that your statements are the same to everyone with whom you speak.

There was a delay in reporting the injury.

Insurers who provide workers' compensation benefits may assume that your injuries were fabricated if they are not reported immediately. It is important to report an accident as soon as it happens. Even if you feel that the injuries are not severe enough to cause you to miss days of work, it is still best to report the incident. Sometimes, the pain and discomfort of an injury increases over time.

There are multiple stories about what happened.

If you share different recollections of accident details with multiple employees, the insurer may deny your claims. Inconsistent stories cause insurers to question your integrity as well as the validity of your reports.

A claim is filed after a termination.

If an employee is injured while working but waits to file a claim until after he or she has been fired, the workers' compensation insurance may not pay the claim. It may be assumed that the reason for the claim is an attempt at revenge. Thus, it is always important to report an injury as soon as it occurs.

There were illegal drugs in the injured worker's system.

If an employee is examined after reporting a workplace injury and drugs or alcohol were present in his or her bloodstream, workers' compensation benefits may be denied. The employee should have been sober and coherent during the accident. In addition, proper safety measures and procedures should have been adhered to during the time of the event.

If you have recently been injured in the workplace and your valid claim for compensation has been denied, contact a workers compensation attorney, like Shoap Law Offices, in your area. 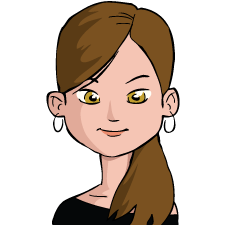